The issues and ideas behind ANDI

What is true progress for societies?

The question of what constitutes societal progress or ‘the good society’ has been a consistent topic of philosophical, religious, and policy making debate. True societal progress was seen as a kind of balance of various elements and ideas about the collective good and the health of societal institutions alongside the notions of individual and material progress. In more recent times, the more dominant notion of progress has been one which reflects the idea that continuous increase in economic production is the key to societal progress embodied in the GDP – the most influential statistical measure of national progress globally in the past half century.

“What we measure affect what we do; and if our measurements are flawed, decisions may be distorted” *

Australia may have some natural advantages compared to other OECD countries, but it shares many of the same social problems and challenges: the uneven impacts of the global economy, high levels of environmental degradation, declining public trust in government, growing health problems due to stress and overconsumption rather than shortage (especially among young Australians), a rapidly ageing population, social and racial fractures caused by increased inequalities in wealth and opportunity, increasing challenges in ensuring a skilled and educated citizenry and the equitable optimization of our human capital.

Like other OECD countries, Australia also suffers from the kind of distortions in policy and public debate*, which occur in the absence of widely understood and trusted measures of national progress. This problem is compounded, here as in other OECD countries, by a declining trust in government and public institutions. We therefore have as much need as these other countries to ask ourselves the same kinds of questions about where we are going as a society in the 21st century, even if in some ways we have greater opportunities, as a result of geography, natural resources and basically stable institutions.

* Stiglitz, J., Sen., A. and Fitoussi, J-P. (2009). Commission on the Measurement of Economic Performance and Social Progress, Final Report, Paris. 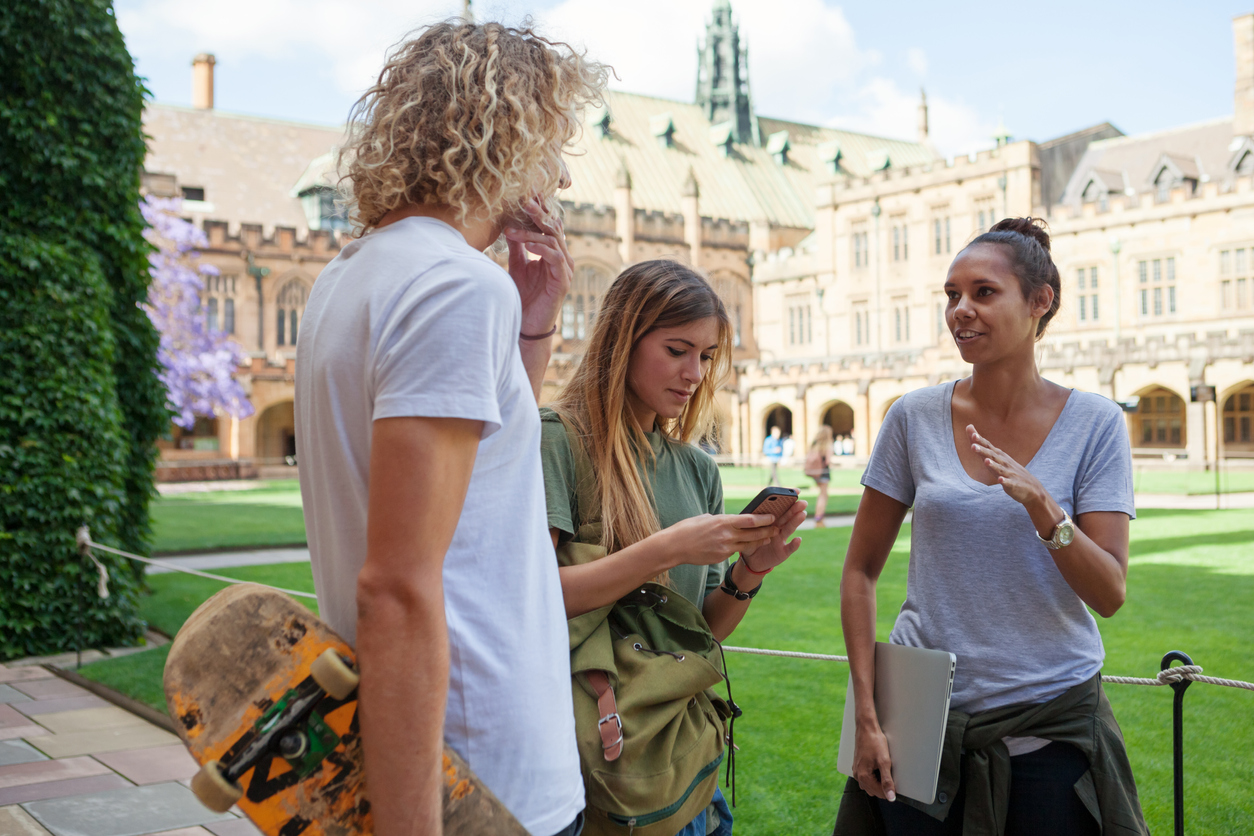 The need for ANDI

A little bit of history

1. Part of a new global movement

ANDI is part of a global movement. Over the past decade there has been, according to the OECD (2008), ‘an explosion of interest in producing measures of societal progress that go beyond GDP’. The aim has been to present a broader view of how societies are progressing, and to engage citizens in the process. Projects to do this have been developed all around the world, at local, provincial, national and levels.

The search for better models and measures of progress by citizens and policymakers at all levels is now an important global movement, which can potentially change the dominant world paradigm – the way people and states think about and plan for progress ‐ from one focused predominantly on economic growth to a model that is more just, balanced and sustainable, and better reflects the values and aspirations of people and the actual conditions of social, economic and environmental life.

In 2012 the ANDI project became incorporated as a non-for-profit organisation, with directors including Professor Fiona Stanley, Rev Tim Costello, and Mike Salvaris. The structure and goals of the ANDI project follow the design of the Canadian Index of Wellbeing (CIW), which started in 1999 as is widely regarded as a world-leading model for national progress measurement based on community-research collaboration. Both, the CIW and the OECD, are also ANDI partners.

Social indicator research and efforts to measures societal progress have been part of the international landscape since the late 1970’s.  Yet this field of research had received only periodic public attention, insufficient interest during economic slowdowns and modest traction at the national level

In the 1990’s, a new interest in the use of broader measures of wellbeing began to develop, spurred on by growing social and environmental problems, and increasing dissatisfaction with total economic output as the primary measure of a national progress. Academics, public institutions, governments, social action groups, and local communities became engaged. Ideas and projects from many diverse sources began to converge: the United Nations Development Programme and the Human Development Index; the Kingdom of Bhutan with its Gross National Happiness program; the environmental movement; the women’s movement; the community planning movement; Canada’s pioneering community-research project, the Canadian Index of Wellbeing; organisational management concepts such as the ‘Triple Bottom and ‘Corporate Social Responsibility’; happiness research in psychology; and quality of life studies.

In 2004, the OECD launched its Global Project ‘Measuring the Progress of Societies’ (MPS). The aim was to create a global platform to bring together these different strands to forge a new model for measuring societal progress and promote a global debate about the meaning of progress, and not just its measurement. These goals are now reflected in the Istanbul Declaration, agreed at the OECD Global Forum in 2007, the second of four global forums that attract up to 1500 participants (the most recent was in New Delhi in October 2012).

As we move further into the 21st century in an increasingly globalised world, many established assumptions about social progress are fracturing. Australia faces some major challenges and must ask itself some fundamental questions.

What is true progress for society? For many centuries, true societal progress was seen as a kind of balance of various elements, more than materialistic wellbeing and including ethical and moral qualities. What we measure is what we do; and if our measurements are flawed, decisions may be distorted (Stiglitz et al, 2009).

Australia has been a prominent participant in this work, both at home and internationally. The developments that led to the launch of the ANDI project go back nearly 20 years.

The Australian Senate institutes an inquiry into a new system of measuring national progress after representations to key Senators.  The 1996 report by the Senate (Legal and Constitutional References Committee) recommends as a ‘high priority’ for government the establishment of a ‘system of national citizenship indicators and benchmarks’ and that the ABS and Australian universities take up the issue. Several members of the future ANDI research team are involved in initial representations, hearings and report, Mike Salvaris authors Senate Discussion paper.

Collaborative research (universities and community groups) on developing national benchmarks and indicators for citizenship and social well-being for Australia (the ‘National Citizenship Project’) and a range of projects on citizen-engaged local community wellbeing measurement systems.

The first national cross disciplinary conference on Measuring Progress is convened in Canberra by Richard Eckersley (CSIRO), Mike Salvaris (Swinburne University) and Dennis Trewin (ABS) and hosted by Academy of Sciences. It is attended by representatives from universities, government and the ABS, community groups and NGO’s. A major and influential book results from this: ‘Measuring progress: is life getting better’ (ed Richard Eckersley).

The ABS, under newly appointed Australian Statistician Dennis Trewin, begins to develop Measures of Australia’s Progress (MAP) and becomes the first national statistical organisation in the world to develop a progress measurement framework acknowledging the limitations of GDP as a measure of societal progress, and combining economic, social, environmental and democratic dimensions of progress (MAP was one of the influences that lead to the OECD’s MPS project, above). Future ANDI team members serve on MAP Expert Reference Group for next decade

VicHealth commissions report Mapping community wellbeing (John Wiseman and Mike Salvaris) on the strategic development of local and national community wellbeing indicators. It recommends the development of a national project to involve communities and stakeholders in the identification and prioritisation of key issues and indicators and regular ‘State of Australian communities’ reporting.

The ABS holds a National Workshop on Community Indicators, Melbourne.

Community Indicators Victoria is established at the University of Melbourne, funded by VicHealth, to support local governments develop community progress and wellbeing measures with citizen engagement.

Proposal for an Australian National Development Index is endorsed as a priority at the Australia 2020 ‘Ideas Summit’.

The concept of an Australian National Development Index is launched at VicHealth, to an audience of 50 representatives from community organisations and research institutes including Fiona Stanley, Gus Nossal, Tim Costello, David Scott and Don Edgar. The Australian Conservation Foundation offer the human resources to incubate ANDI in the short term. This leads to the development of a prospectus conducted by Allens Consulting, and supported by a range of community organisations.

Early work on a communications strategy to support promotion of ANDI and multiple presentations to future potential partners (promotional video?)

Australian Council of Learned Academies and VicHealth fund a national pilot program with ANDI and other partners. The Social Research Centre hosts seven focus groups to seek the priorities and views of Australian citizens on what matters for Australia’s national wellbeing, and then test the results with 1000 people in a national online survey.
Discussions begin with Deakin University to become the host university for the ANDI research team.

Members of the ANDI Steering Group attend the 4th OECD World Forum on Statistics, Knowledge and Policies in New Delhi in October 2012. The development model for ANDI is acknowledged as an example of world best practice. International speakers include Prime Minister David Cameron UK and Nobel Laureate Economist Joseph Stiglitz

ANDI secures a grant from the Lord Mayor’s Charitable Foundation for development of a business plan, and from CBus (the Building Industry Super Fund) as a contribution to further research into the domains that will underpin the index.

Donations from the Australian Communities Foundation enable a consultant to work part-time with ANDI on raising funds for its community engagement program.

ANDI and the Australian Bureau of Statistics enter negotiations for a formal Memorandum of Understanding to document their partnership in the identification and collection of indicator data that will populate the domains underpinning the index.

Formal launch of the feasibility report Australia’s Progress in the 21st Century: Measuring the Australia We Want by the Australian Council of Learned Academies, VicHealth and ANDI

Members of the ANDI Board attend the 5th OECD World Forum on Statistics, Knowledge and Policies, held in Mexico in October 2015. They present a keynote paper and host a strategic development workshop.

National Research Roundtable on ANDI co-sponsored by Academy of Social Sciences in Australia (ASSA), University of Melbourne and ANDI at UOM (February).

ANDI Research unit established in the Melbourne Graduate School of Education under Collaboration agreement between UOM and ANDI (February) for 2-year pilot project.

Proposal and planning for development of Western Australian Development Index (WADI) as community-government-university collaboration with Ernst and Young (WA) and WA Department of Local Government, Sport and Cultural Industries.

The ANDI project is planning two major tasks over the next 2-3 years:

ANDI / About ANDI / Behind the Scenes